A few days ago I ran into an acquaintance of mine, and when exchanging news, I mentioned my husband and I had just returned from Armenia. He was like, 'Oh is that so? You never go to normal countries, do you?'

It got me thinking: what does actually make a country 'normal'? Is it sights to see, food or perhaps people? Speaking in terms of aforementioned things, I dare say Armenia is the most normal country in the whole world. Here's why.

Things to see in Armenia

Squeezed between Azerbaijan, Turkey, Georgia, and Iran, Armenia managed to preserve some real gems for those on a hunt for monuments and ancient buildings, a considerable number of which are easily doable on a one-day trip from Yerevan. One can travel through centuries and visit a Roman temple, a handful of monasteries and a beautiful mountain lake, all in one day (if you are quick and don't take too many pictures on your way). We do, so we turned it into a three-day adventure.

Yerevan was an obvious first stop in our trip. We arrived on a Friday morning with a direct flight from St. Petersburg and had to work during the day, so we only got one evening to look around. Honestly, in a sweltering 38-degree (100 F) heat, I doubt we could last longer anyway. Among the things I can recommend is a restaurant chain called 'Pandok Yerevan' serving delicious local food and the Cascade that goes 118m (387ft) high. Wikipedia says it offers 'unobstructed views of central Yerevan and Mount Ararat' but unfortunately by the time we got up, it was too dark to see anything. What we did see, however, was a bizarre collection of modern art located on the stairs on the way up.

Our plan then was to rent a car and drive to the Sevan lake, doing some sightseeing on our way there. Renting a car was funny: a person from a car rental company brought it to our hotel in Yerevan and just handed it to us without asking for any deposit, let alone an insurance. But it worked smoothly.

The next day, we started off with the monastery Khor Virap that is supposed to have a fine view over Mt Ararat (spoiler alert: it didn't. When we got there, it was all hidden in haze). The monastery was orinigally built in 642 while the current building dates back to 1662. It is popular with tourists but not easily reachable on public transport: you'd have to take a bus and then walk for about 5km from the bus station. A friend of mine told me a great story how she travelled to Khor Virap on her own and when walking back to the bus stop after having visited the monastery, all the cars in the world stopped by and offered to drive her to the station, including a funeral coach (!)

Make sure to check out the Hellenistic Garni Temple built in the 1st century. It is the only Roman temple in Armenia and in all the former Soviet republics. While it might not look very impressive, it is still a nice stop on your way to Geghard monastery. The best part about it was what I called uber-lepeshka, or "super bread". Seriously though. 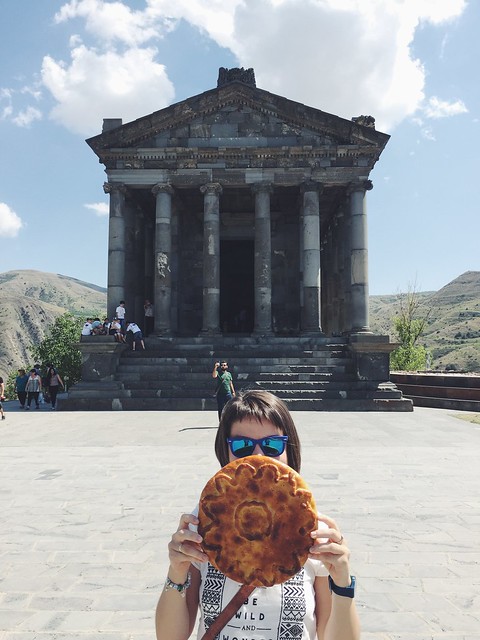 Geghard monastery is located about 10km away from Garni temple. It was founded in the 4th century and burned by invading Arabs in 923. It is beautifully sited in the mountains, and one of the churches in the monastery was carved out of the raw rock! Personally, I was mesmerized by the whole structure, all the details and symbols. For instance, one can find a number of lions carved on the walls; turnes out the lion symbolizes royal might and is common in the Near East.

After the Yerevan heat, we gratefully embraced nice coolness of the Sevan lake. Armenia is a landlocked stated, which means that it does not have access to the sea, so Lake Sevan is a very important spot for the country: not only does it provide 90% of the fish but it also has a significant cultural value. Armenians come here to have rest and visit a medieval monastery Sevanavank. Besides, it's the biggest lake in the Caucauses mountains! Definitely worth visiting.

Armenian Food, or I can't eat any more bread

Now, Armenia might be tough for those on a diet. Or those who do not eat much bread and meat. I don't, and these three days were somewhat a challenge for me. When you order "assorted breads" from the menu, what would you expect to get? Something fancy with chiabatta, nice fresh whole wheat bread or a loaf of bread at worst?

This is what you think you will get... 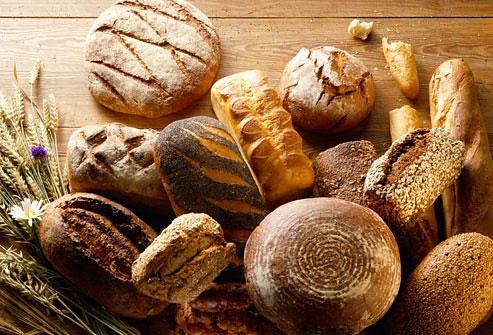 And this is what assorted breads Armenian-style look like... 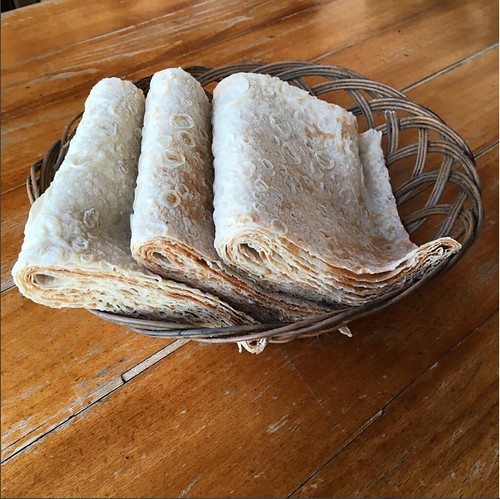 (kudos to my husband for the picture)

Don't get me wrong: the food is delicious! With a great variety of fresh vegetables, dairy, meat and greens, Armenian cuisine will satisfy even the most picky eaters. And I even think I'll start missing the bread lavash, in like a year or so :)

Armenians, the most wonderful hosts

We were staying with a great family in Yerevan and spent a couple of evenings talking about the country, Armenian-Russian relations, politics, culture and whatnot. Armenians are very hospitable: one can expect the most welcome attitude towards tourists, and especially if one speaks Russian. The country has been through some harsh times in the 20th century. Armenians remember well the Armenian Genocide in Turkey in 1915 when 1.5 million people were slaughtered and millions of others had to flee.

After the collapes of the Soviet Union in 1991, the country faced severe economic problems that last till this day: every year, dozens of thousands of Armenians leave the country in pursuit of a better life. Still, those who stay in Armenia seem to be keeping their spirit high, loving their country and doing their best to make it a better place. When you go to Armenia, talk to people, spend time with them, listen to their stories, and I assure you will fall in love with them immediately. Together with the country they call home. 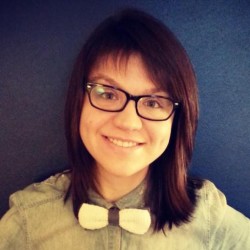